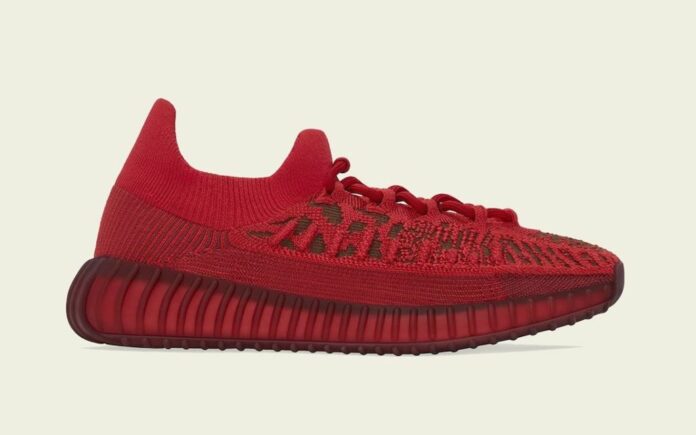 In the six years that Kanye West and adidas have been partners, they have released a lot of interesting and sometimes strange silhouettes. And as the creative genius moves into the second half of 2021 and into 2022, he already has several new colorways, one of which is the adidas Yeezy Boost 350 V2 CMPCT “Slate Red”.

The sneakers are designed with a full PrimeKnit upper that wraps tightly around the entire foot, but becomes looser around the toe and side panels, creating a striped pattern. They also received a sock collar with a tight fit. Although it’s just a mockup, the ribbed midsole seems to be shrouded in a darker shade of red.

UPDATE 08.02.22. adidas has published official photos of the Yeezy Boost 350 V2 CMPCT “Slate Red”. The release of this model will take place on February 17.