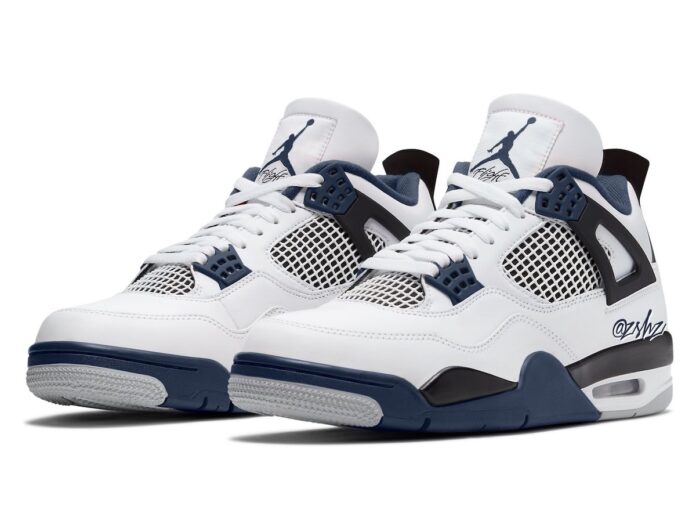 The Jordan Brand will release several models of its classic sneakers in the “Midnight Navy” colorway this year. In addition to the Air Jordan 6 “Midnight Navy”, which should be released in May, we are also waiting for the same option, only for another legendary silhouette – Air Jordan 4.

By its color blocking, Air Jordan 4 “Midnight Navy” will resemble Air Jordan 4 “Fire Red”. Only dark blue will be used instead of red. The white leather base is combined with black details, as well as blue accents of branding, eyelet inserts, lining and part of the sole. Gray color will also be used — in the sole.

Air Jordan 4 “Midnight Navy” will be released on big holidays at the end of 2022. You will be able to buy sneakers from retailers and on the website Nike.com. The cost of the pair should be $200. Stay in touch so as not to miss this release.