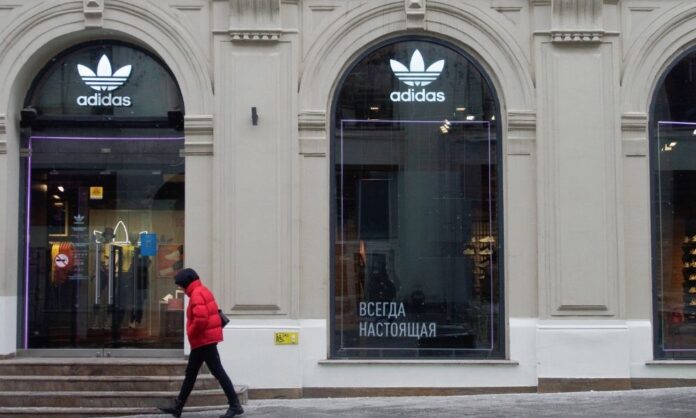 On the website Nike.com/ru there was a message that the company was suspending online sales, including the app, through its Russian division. It is recommended to visit offline stores in the region.

On the Nike SNKRS platform, all products were also missing.

UPDATE. Farfetch.com/ru added text on the product pages “Pay attention. There may be problems with the delivery of orders and refunds in Russia,” but, according to our information, it is expected that the acceptance of orders and delivery to Russia, Belarus and Ukraine will cease.

On the delivery and payment page of the site newbalance.ru it is also reported about the increase in delivery time: “Dear customers! Due to the restriction of flights to a number of airports in the south of Russia, delivery times may be increased.”

We see a similar message on the main page ru.puma.com:

UPDATE 02.03.22. The international company DHL, the market leader, has suspended the delivery of parcels and cargo to Russia and Belarus.

An end-to-end bar about problems with delivery and returns of goods in Russia now hangs on all pages of Farfetch. It is also reported that Apple Pay and cards of some banks may not be available.

UPDATE 05.03.22. Zara closes online and offline stores. The same will happen with Bershka, Pull and Bear, Stradivarius, Massimo Dutti and other stores of the Spanish holding Inditex. The group’s portfolio includes 502 stores in Russia.

“In the current circumstances, the company cannot guarantee the continuity of operations and commercial conditions in the Russian Federation. All stores operate on a rental basis, so the group will not incur significant financial losses”

LVMH group is also leaving the market, which includes not only Louis Vuitton, but also Dior, Gucci, Loewe, Givenchy, Celine, Fendi, Marc Jacobs, Hennessy, Dom Pérignon, Moët & Chandon, Hublot, Loro Piana, Kenzo, Guerlain, Make Up for ever and other brands. Now they have suspended their activities in Russia and are closing stores. The French multinational company Moët Hennessy – Louis Vuitton has 124 stores in Russia, where 3,500 people work.

UPDATE 06.03.22. PUMA has announced the termination of product deliveries to the Russian Federation and the suspension of its stores. You can view the products, but you will not be able to place an order. We see the corresponding message on the main page ru.PUMA.com .

UPDATE 07.03.22. PVH Corporation, which is famous for its Tommy Hilfiger, Calvin Klein, Warner’s and others brands, announced the temporary closure of its stores in Russia and Belarus from March 7. Online orders and refunds are also unavailable.

The American company Levi Strauss & Co., a manufacturer of clothing and footwear, suspends work in Russia.

adidas suspends the operation of its stores in Russia (Varlamov News).

UPDATE 09.03.22. adidas has sent letters to its customers in Russia about the temporary suspension of its work. Orders via the website adidas.ru and the app will be unavailable from the evening of March 9, and retail stores will close on March 14.

UPDATE 10.03.22. The American company Crocs, which is famous for its legendary clogs and other footwear, suspends retail activities in Russia and imports of products into the country.