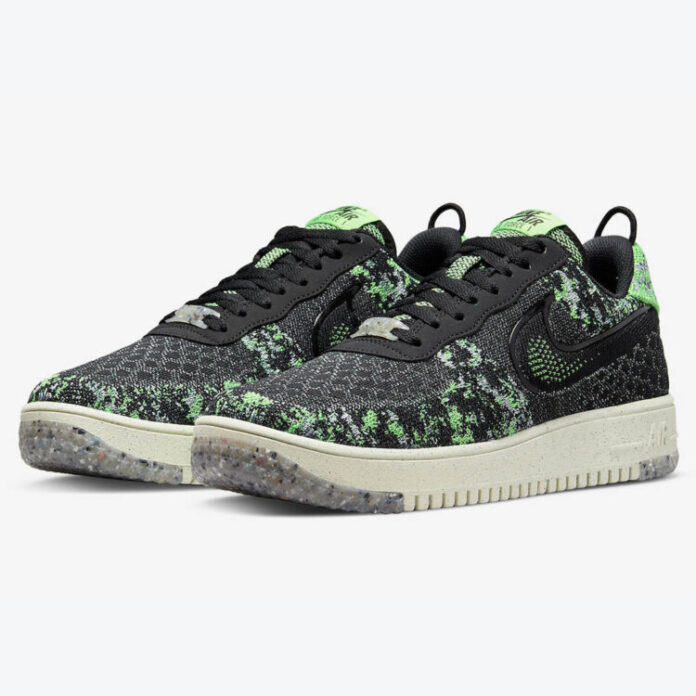 Instead of the traditional leather upper inherent in Air Force 1, the model uses Flyknit technology, which provides good ventilation and tight fixation of the foot. This modern look of classics is very popular in 2022.

The model is made in predominantly black with green and colored accents. The sole and midsole are made of recycled Nike Grind rubber and complemented with Air cushioning.

The Nike Air Force 1 Crater Flyknit will be released later this year on the Nike SNKRS platform at a retail price of $110.