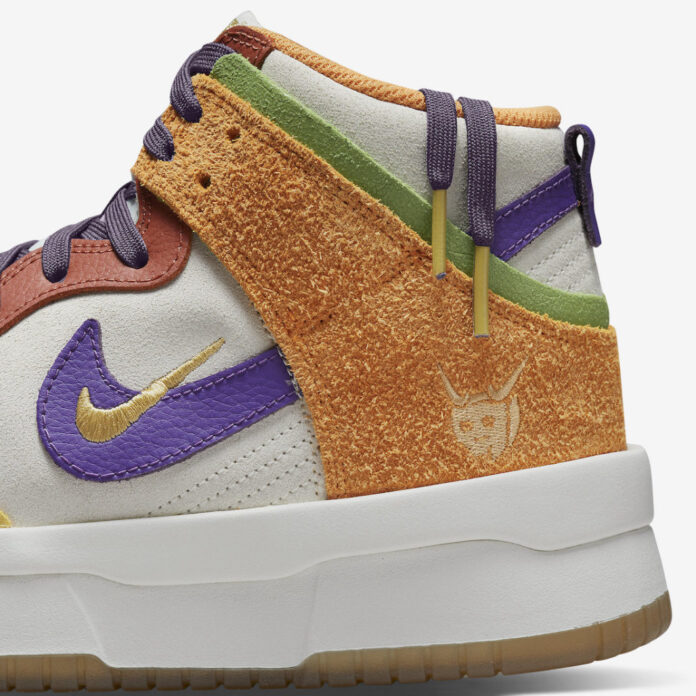 The women’s line of Nike Dunk High Up sneakers will be replenished with a new “Setsubun” coloring, which will be dedicated to the seven Japanese Gods of happiness.

The upper is made of light beige “Sail” classic suede with orange, yellow and green fleecy suede overlays. In addition, a purple leather Swoosh logo with a golden Swoosh embroidered on it has been added on the sides. with gold embroidery.

The highlight of the colorway is the embroidery on the side of the heel and the insole, which depicts a work of late Edo art. This is Kuniyoshi Utagawa’s image of the seven Japanese Gods of Luck (Ebisu, Hotei, Benzaiten, Bisyamonten, Daikokuten, Jurojin and Fukurokuju). The official photos are presented below.