Nike LeBron 9 Low come out in the “Reverse Liverpool” colorway 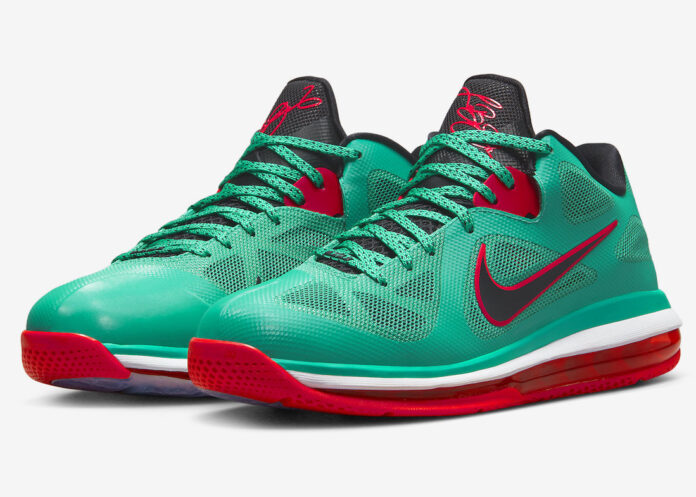 LeBron James is not only one of the most famous NBA players of all time, but also a big football fan. In addition, the King owns a stake in Liverpool FC. In 2012, a pair of Nike LeBron 9 Low “Liverpool” was released, and now it has become known about the release of another coloring in honor of this football club.

Nike LeBron 9 Low “Reverse Liverpool” are decorated in the famous colors of the Liverpool club: New Green, Black, Action Red and White. The green mesh Hyperfuse upper with perforation is combined with a black “swoosh” on the side with red edging, as well as bright red details, including LeBron branding on the tongue and other parts of the sneaker. The design is complemented by an insert on the back with the Liverpool logo, a red midsole with a translucent balloon along the entire length of the foot, as well as a sole with a combined branding. Detailed official photos can be found below.

Nike LeBron 9 Low “Reverse Liverpool” will be released in the next few months on the website Nike.com and retailers. The cost of such a pair is $200.