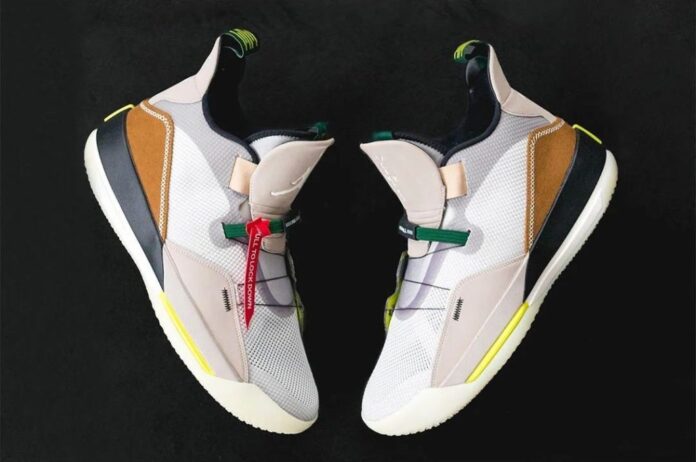 Recently, photos of a sample of these sneakers leaked to the network, which show that they have a color scheme that is not quite traditional and familiar to us from Travis.

Travis Scott has never given up experimenting with color, but this early Air Jordan 33 sample reflects a time when he was still in the process of consolidating his signature color palette.

The model is known as “Vast Grey” and has a different top, where one sneaker appears grayer than the other. It’s strange to see them in such a lighter shade than we are used to seeing in rapper’s collabs.

It is safe to say that Travis Scott x Air Jordan 33 “Vast Grey” we will never see on the shelves of stores. Nevertheless, it is interesting to look at this sample.