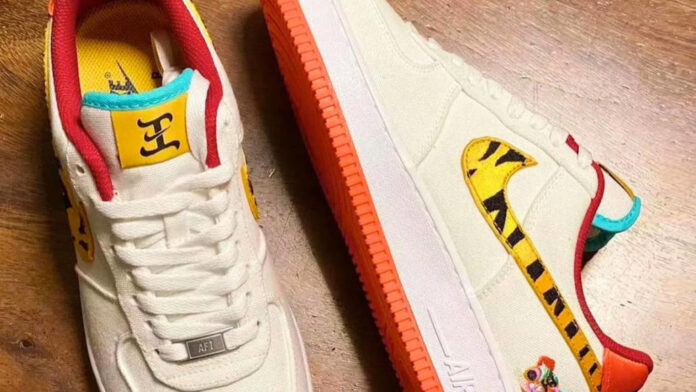 Every year, major brands rethink their iconic sneakers in honor of the Chinese New Year and its symbol. In the Year of the Tiger, many manufacturers have created bright and striped collections dedicated to the bold and strong cat.

From adidas to Balenciaga, famous brands presented unique and attractive models in the new year. If you want to collect your collection of sneakers “Year of the Tiger”, then here is a selection of the best releases.

The sneakers are decorated with a tiger print on the side panels, emphasizing the Nike branding. The black laces and orange details resemble the tiger’s coloring, and a tag with an individual number on the inside of the tongue says that only 5,000 pairs were produced.

While the Air Jordan 1 Low has a bright design, the Air Jordan 6 Low is a more subdued coloring. The sneakers are inspired by Chinese ceramics produced during the Song Dynasty and have a cracked pattern on the toe, resembling porcelain.

Balenciaga has released the “Lunar New Year” collection, which includes tiger sneakers. The release looks heavy, with accented orange details all over the top. Black shoelaces on an orange background convey even more inspiration from the Chinese zodiac animal.

Nike will release a new special Dunk Low colorway dedicated to the Year of the Tiger. The sneakers are made of high-quality suede with overlays along the tongue and up to the top. They are expected to be released in February 2022.

How can it be without the iconic silhouette — Air Force 1. The model is considered ideal sneakers for both style and comfort. If your AF1s are battered and worn out, you may want to buy yourself this pair, which will appear in early February.

Damian Lillard’s line of basketball sneakers has been replenished with new Dame 8 dedicated to the ferocious cat. They combine black and red colors, starting with the black area of the sock, which gradually turns into a dark red color on the heels. The inner lining is decorated with traditional floral motifs of the Lunar New Year, and the bottom design is complemented by a bright orange sole.

Dior B27 and Kenny Scarf Low-Top

Kim Jones, the artistic director of Dior, together with American artist Kenny Scharf have developed a collection inspired by the Chinese New Year. It features chic B27 sneakers made of gray leather, decorated with the image of a tiger.

Burberry has launched a new collection “Year of the Tiger” with pronounced tiger stripes and orange shades. The sneakers are especially emphasized by the tiger print, passing from light yellow to dark orange.

The sneakers are made in the traditional Gucci style with a bright image of a tiger and a flower. This is a reinterpretation of the archival design of the late 1960s by Vittorio Accornero, the creator of the Gucci Flora signature print.

Jordan Legacy 312 «Year of the Tiger»

The Jordan Legacy 312 version is inspired by Ge Kiln porcelain, one of the five great furnaces of Chinese ceramics produced during the Song Dynasty.